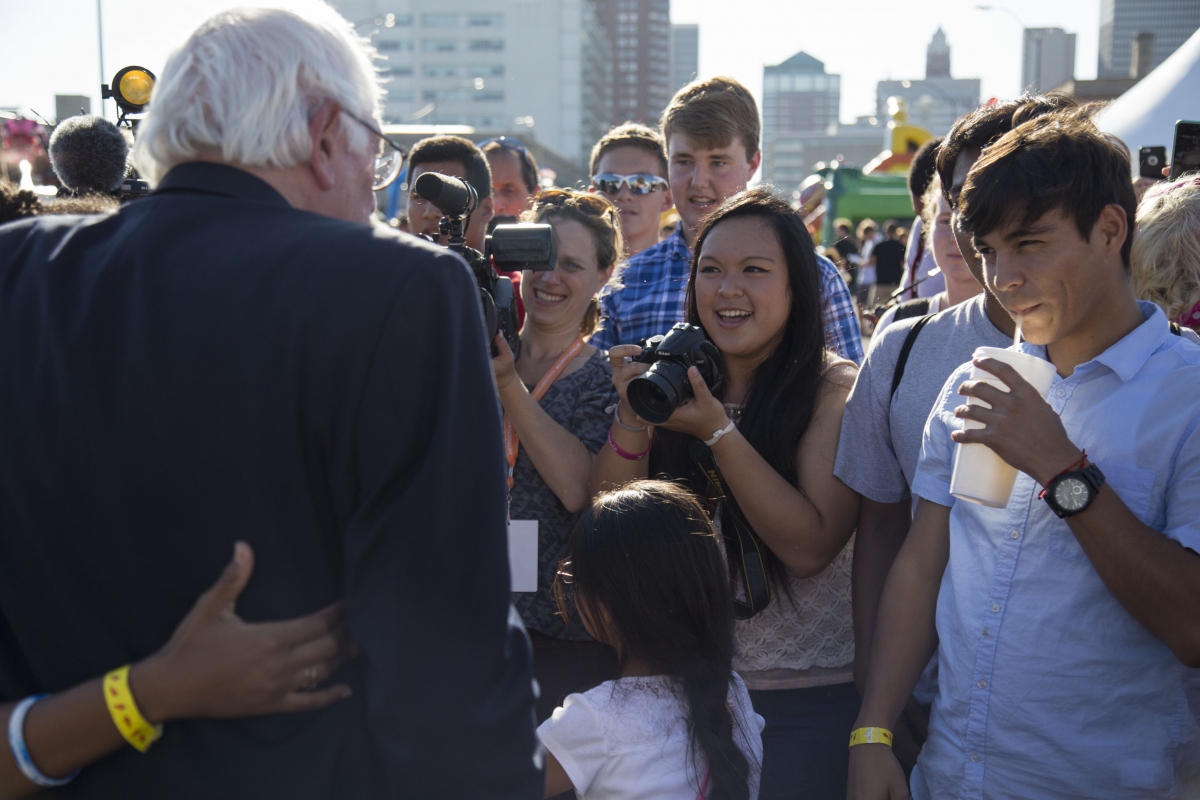 American politics? Caucuses? Political debates and rallies? These were definitely not things I had encountered before taking Dennis Chamberlin’s Multimedia Production (JL MC 315) course last fall. When Professor Chamberlin said that we would be covering politics leading up to the Iowa caucuses I almost fainted. As an international student from Malaysia, I was so nervous and worried because I wasn’t familiar with American politics.

Although I have lived in Ames for three years, the topic of politics has never been as prevalent as it’s been in the last few months. This semester’s JL MC 315 course was focused on producing content for thenewvoter.org, a website that our class worked with the News and Feature Editing (JL MC 349) class to create. Our class also partnered with RYOT News and IowaWatch, to produce content from Ames and around the state, including video and audio from coverage of political events and voters’ opinions on the presidential candidates and the 2016 race. 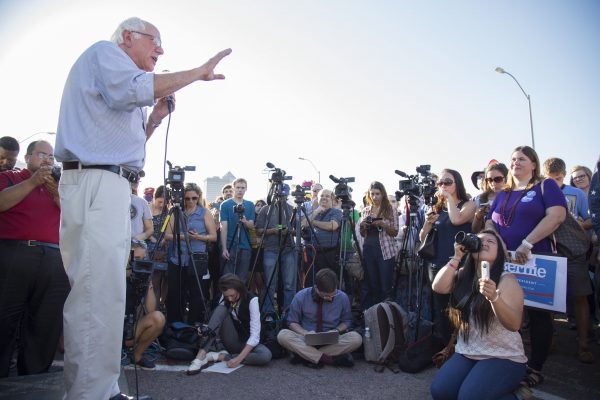 The first event I covered was a Bernie Sanders appearance at the Latino Heritage Festival in Des Moines. At this event I took photos and had the opportunity to use a RICOH THETA 360° to cover the event for RYOT News. RICOHs are virtual reality cameras that capture a 360 view of the entire location, giving viewers a first-person experience of events.

Covering the Sanders event was a really eye-opening experience for me. I had covered other news events on campus and in Ames before for classes, ISUtv and the Iowa State Daily, but I had never covered an event where the subject could possibly be the next president of the United States.

It was exciting and definitely nerve-racking. The senator from Vermont was standing less than three feet away from me. It was unreal.

View one of Woo’s 360 videos published by RYOT:

At that moment, for the first time, I felt like a real journalist covering the event among a crowd of reporters and photographers from national and local media outlets. The event really gave me a greater exposure and taught me on how to be a photographer, videographer and an overall better journalist. My virtual reality video was also published by RYOT, something I never thought would happen, considering how little I knew going into the class. 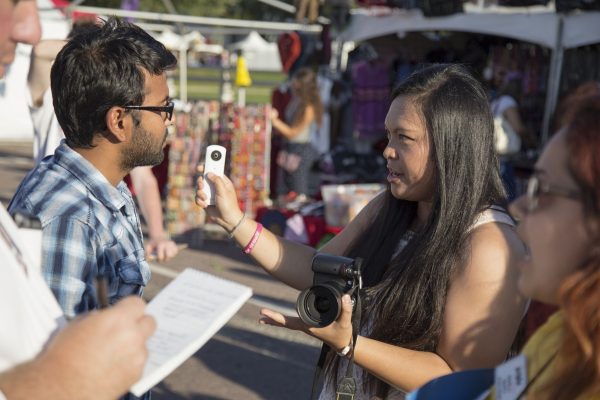 I went on to cover more political events last semester, one of which was an adventure. My partner, Chrissy Dittmer, and I, drove more than three hours up to Orange City, IA, to cover the Northwest Iowa Republican Rally at Northwestern College where Marco Rubio, Carly Fiorina, Chris Christie and Rick Santorum spoke.

Even though I was intimidated and ready to faint on the first day of classes, JL MC 315 and the amount of work, time and effort I put into the class throughout the semester has made me much more informed about politics and confident in my abilities as a journalist. Attending and covering these events has provided me with some great first-hand experience covering national politicians and working among professional journalists. I am now a more confident journalist. It was a ton of fun and exciting, but also challenging. I never would have imagined myself getting excited to cover these types of events before taking JL MC 315 this semester.