Q&A with Elaine Godfrey, ’15, Politics and Policy Fellow at The Atlantic

Since graduating with a degree in journalism and mass communication last May, Elaine Godfrey has already worked for three major publications — Inc. magazine, New York Magazine and, currently, The Atlantic. Godfrey took some time to share how she landed internships and fellowships at such esteemed publications, what her experiences in the magazine industry have taught her and what she advises current Greenlee students do to find their stride after graduation.

A year ago, what was your plan or goal for post-graduation life? I didn’t really have a plan for after graduation, I was just applying for various internships. In March, the American Society of Magazine Editors (ASME) got back to me, and I was assigned to an internship at Inc. Magazine. 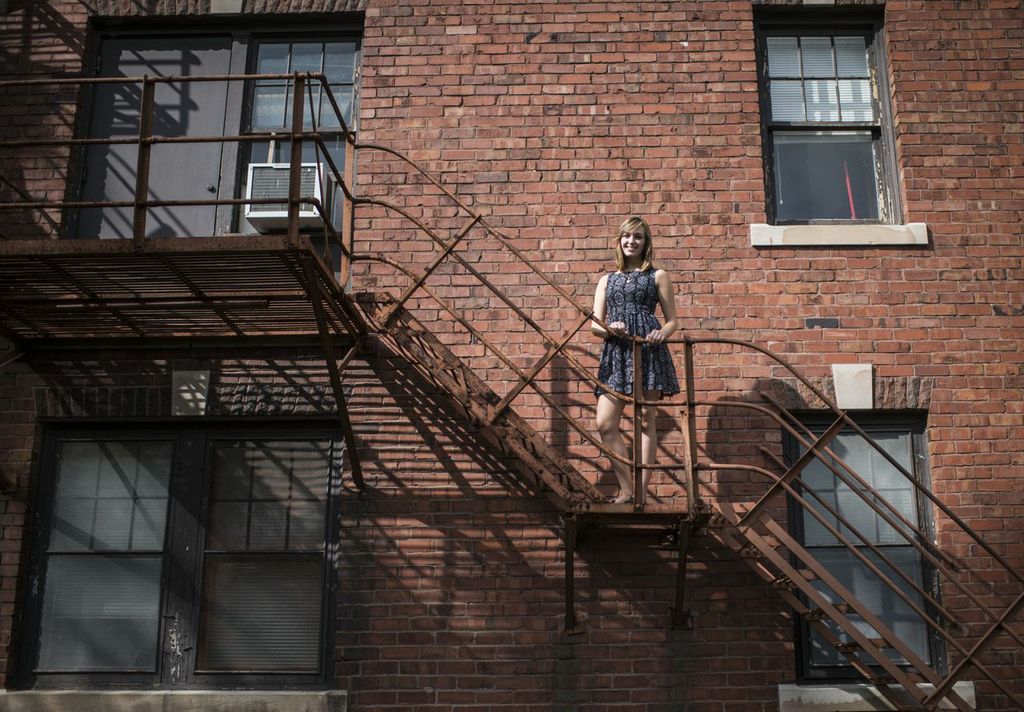 What was your experience like at Inc.? Going into the ASME program, I really wanted to work at National Geographic, so at first I was a little disappointed. I ended up really liking it at Inc. — I got to work with a lot of cool people. I had a lot of freedom there to pitch stories I wanted to write, and we were sort of in charge of our own stories, which I really liked. My day was split in half, so the first half I would edit and fact-check the Inc. 5000 (a yearly list of the fastest-growing American private companies), and the other half was writing. It was a great internship, and good intro into a lot of things.

After finishing that internship, what was your next step? I liked Inc. and enjoyed going to work every day, but it made me realize I don’t want to work for a trade magazine and only focus on one thing, like small businesses and entrepreneurs. I wanted something more in the realm of news, because I’m interested in a lot of different things. I went home to visit my family in August and applied for a lot of different internships and fellowships…probably around 15 or 20. I eventually heard back from New York Magazine, and they sent me an editing test that took me 10 hours to complete — I had to write five news stories and write headlines, synopses, sharing headline, tweets, and a few other things for each one. It was very labor-intensive, but I think that was to help weed out people who didn’t want to take time to do it. Before I left Inc., the ASME program helped me get in touch with hiring managers from Hearst, which really helped me. I was able to set up a meeting and they helped me redo my resume and cover letter, which I think helped me get the position at New York Magazine.

Is there a reason you decided to look for internships instead of full-time jobs? I don’t think there are many jobs you can get right now without having an internship or fellowship. Most places want you to have that experience before you start, and internships are best way to do that. I also wanted to go to a city and see how I liked it, so ASME was perfect for me. I’m still not sure what I want to do — I just want to keep following paths to see what I enjoy. 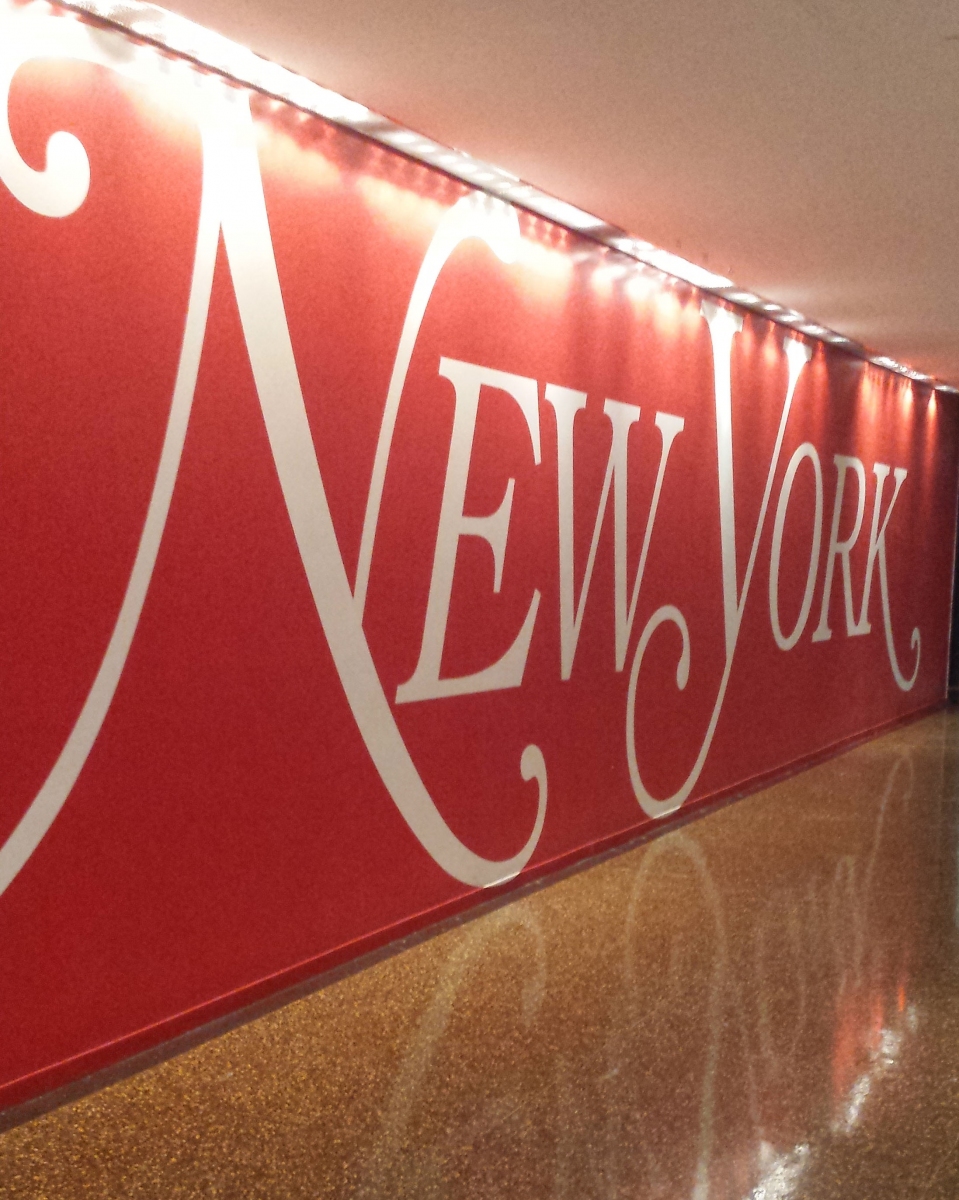 How was the internship with New York Magazine? It was great. I started out with dabbling in a lot of things, because they had never offered an internship before. Every morning we would pitch stories, which was fun, but also very intimidating. We could pretty much write about whatever we wanted. There were four interns— I was the youngest and the only girl — and for the first month they just had us practice writing. It took about three weeks for me to actually get published. My experience there was mostly writing — I didn’t have any intern-y tasks, and I felt very much felt like a reporter.

What did your job consist of? I was a Reporting Fellow for the Daily Intelligencer, one of NY Magazine’s online verticals that mainly covers politics, tech and media. We did breaking news stuff and we could also write enterprise pieces. The format was aggregating, so didn’t do a lot of original reporting. We would tell stories that were already in the media, but put our own spin on them. If we could get additional info we would also add that in.

I had never done that before, but I enjoyed compiling everything people had reported on and putting in one story with the New York Magazine voice. I learned a lot about how to make something your own. Their voice is kind of snarky, which is fun, but I had never written like that and it was interesting to get used to. When I first started, several weeks had gone by and I really wanted to get published. I had heard of this pastor who supported Bernie Sanders, so I suggested it in passing in a pitch meeting, and my boss told me that they’d publish it. That story was my way into a regular schedule of publishing. I also got to do an enterprise story about a University of Texas professor who was against open carry on campus.

What did you look for after that internship? I had the opportunity to stay there as a fact-checker, but I wanted something where I could write. So I went back home and freelanced for New York Magazine for a few weeks, writing about the caucuses, and I applied to a lot of different internships. After a while I heard back from The Atlantic, and was offered a position as a year-long Politics and Policy Fellow there after about five different interviews. I had a few other offers, but I chose The Atlantic because I wanted to try out living in D.C. and I had heard that they had a reputable program.

What will you be doing there? In charge of writing The Edge, which is the evening newsletter that they have about the top news stories of the day. I’ll also be copy editing pieces that go up online every day. Atlantic uses the Atlantic style, not AP style, so it’s kind of cool to learn new ways of doing things. I will be doing production, so I’ll give stories headlines, deks, twitter blurbs, and things like that. The Atlantic is also in The Watergate building — the Watergate — which is so cool.

You worked for the Iowa State Daily and Ethos magazine on campus — how did your experiences there compare to working at major news outlets? What should students know? Something people in journalism should know is that you have to be a news junkie. Read everything you can read every day. Working in any place that has news going on, people are always asking for ideas and discussing things going on, and it can be embarrassing if you don’t know. In school it can be hard with everything else you have going on, but it’s important to stay informed. I would also advise learning how to accept and appreciate edits from people. I had a couple editors I really disagreed with which was tough, but you have to learn how to accept criticism. It’s not a huge difference from school, but accepting criticism is a good thing to always work on.

What would you recommend to students starting to look at jobs or internships? I would recommend making sure you have a website, which you will if you take Dr. Bugeja’s class. Also, have clips — if you don’t, no one will hire you. Even if you don’t want to write, people want to know that you’ve done something. Make sure you’re proud of them. People don’t care much about your GPA, but they care about your clips. Apply, apply, apply. Have people look over your cover letter so that it’s not long but still good. Apply for scholarships too, because the Scripps Howard internship grant basically paid for me to live in New York.

I would also say that the ASME program is great and more people should apply to it. Last summer it was basically me and a bunch of people from East Coast private schools, and I think the Midwest and state schools should be more represented. We’re good journalists too. Above all, just be prepared to not be prepared, and to always keep learning.