Spoon University is a nationwide student-run organization new to Iowa State University. Spoon University’s mission is to simplify recipes for college students and to educate them on food hacks and local food and restaurants near their campus, all while helping students get practice in digital media and leadership. The groups is an online publiation, which operates primarily on their website, social media channels and e-newsletters. The network consists of over 5,000 contributors at over 100 college campuses in the U.S.

Spoon University launched a new chapter at Iowa State this semester, after public relations students worked to generate enough interest among ISU students. Bethany Benes, junior in public relations, sent around a petition to collect the 300 student signatures required to start a new chapter. After gethering the signatures, interviews were conducted to find members and contributors for the newly-formed chapter. Positions include public relations, journalism, editing, event planning responsibilities, among other. At this point, the group has 25 members. 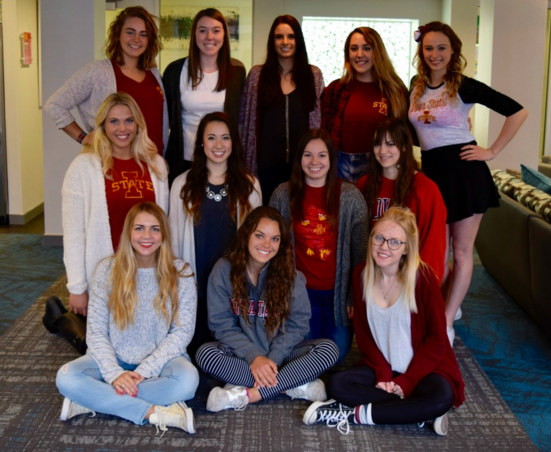 “Getting SpoonU started on campus has been challenging, but worth it,” Feehan says. Their website went live last Friday, and members were excited how smoothly the launch went. Currently the group meets once a week to discuss their articles, pitch new stories and check-in with the national SpoonU headquarters in New York City via Skype.

Current members intend to continue publishing articles throughout the summer, though they will probably produce fewer than they are expecting to publish during the school year. The chapter hopes to get a faculty advisor in the fall and to become an official ISU club.

“We are just getting started, but we are excited about our future,” says Feehan.

The group will be looking for new members this fall, for both their executive and general staff. If you would like to be involved in Spoon University at Iowa State or [learn more information about the organization](mailto: spooniowastate@gmail.com).