With its tradition of maintaining a high standard of education excellence, it’s not surprising that the Greenlee School of Journalism and Communication has held professional accreditation since 1948.

At the last meeting of the Accrediting Council on Education in Journalism and Mass Communications (ACEJMC) on May 6–7, the school’s re-accreditation was officially approved by the Council in a 14-0-4 vote. The Council’s vote is the final step in the two-year accreditation process, which began in August 2014.

At each step in the process, the Greenlee School was evaluated by practicing professionals and educators in advertising, journalism and public relations, ensuring the school’s compliance with industry and ACEJMC standards. The school’s site team found the school compliant on all nine standards, a finding which was upheld by the Accrediting Council.

“We are very pleased that the Greenlee School was approved for re-accreditation, upholding its status as the longest continually-accredited journalism program in the state," said Iowa State University President Steven Leath. "This is a testament to the Greenlee School’s outstanding faculty and staff and is an indication to all of the excellence of this program and Iowa State’s high standards of quality.”

For current and future Greenlee students, the school’s accredited status is a promise that its curriculum, faculty and student services meet or exceed industry expectations — meaning students will graduate prepared to take on jobs in their respective fields.

Among ACEJMC’s nine accrediting standards, some of the criteria programs are evaluated on include: 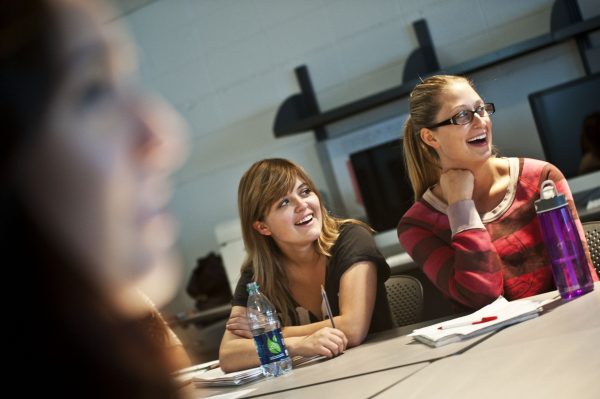 "Greenlee has demonstrated itself to be among the top journalism schools in the nation," said Peter Bhatia, chair of the ACEJMC team that visited Iowa State and editor of the Cincinnati Enquirer. "Much of the credit goes to Dr. Michael Bugeja. Under his leadership the school has grown, prospered and adapted to the changing world of digital media."

Bhatia’s statement is supported by the many awards that Greenlee faculty, staff and ISU student media have won since it was last re-accredited in 2010. In 2014 the school received AEJMC’s Equity and Diversity Award. This spring alone the school has garnered several national awards; Associate Professor Jay Newell was named the American Advertising Federation’s Distinguished Advertising Educator of the year; the Iowa State Daily was named the Best All-Around Student Newspaper in the country by the Society of Professional Journalists; Academic Adviser Jason Wiegand was selected as a recipient of the National Academic Advising Association (NACADA)’s 2016 Outstanding New Adviser Award; and Director Michael Bugeja was elected to the Accrediting Council and also named the Scripps Howard Foundation’s 2015 Journalism and Mass Communications Administrator of the Year.

"As an ACEJMC accreditor who has participated in or led seven successful re-accreditations at three research institutions, I can attest it does not get better than this," says Bugeja. "A world-class program is created by skill sets, team work and commitment. We are fortunate to enjoy all three."

"I think it’s great to be on the same playing field as Syracuse and Maryland, which are top-notch programs," says Daniela Dimitrova, Director of Graduate Education. "Considering the limitations of budget and personnel it’s amazing to see how much we have accomplished in the last six years. The Greenlee School has made itself a national brand."

As the school continues to build on its strong foundations, it’s never been more clear that the Greenlee School is a top communications program preparing future generations of advertising, communications, journalism and public relations professionals.