Greenlee students, faculty and staff gathered around the Campanile before classes Thursday morning to remember Alison Parker and Adam Ward, two journalists who were killed yesterday morning while reporting in Moneta, Virginia. The event was organized by Alex Duffy, senior in public relations. 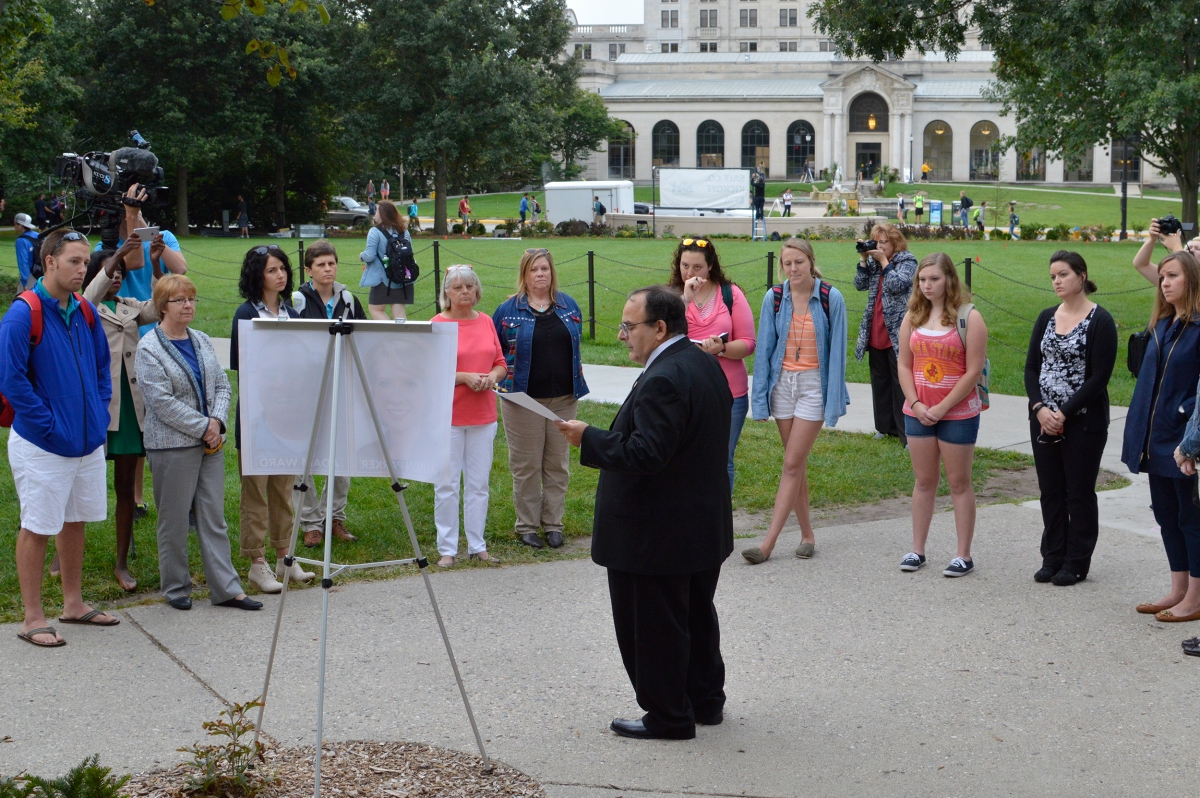 The following are the remarks made by Greenlee School Director Michael Bugeja at the memorial:

We Are Alison, We Are Adam

Some 24 hours ago, as the sun rose outside a shopping mall in southwest Virginia—a seemingly safe place—a reporter and cameraman were doing community journalism, just as many of you gathered here do every day. Reporter Alison Parker, who graduated from James Madison University in 2012, had been a news editor for her campus newspaper, The Breeze. Before Adam Ward became a cameraman, he covered sports at Virginia Tech. In other words, only a while ago, Alison and Adam were just like anyone else at Hamilton Hall. And their teachers at James Madison and Virginia Tech were just like yours at the Greenlee School at Iowa State who advise and admire you and who will follow your careers in advertising, journalism and public relations.

As the shooting unfolded on live news, I was in media ethics class discussing the human condition—the first lesson every Greenlee major must learn before going out in the world to cover the calamities and accomplishments of their communities. As word about the deaths of Alison and Adam spread on social media, we were viewing research about the two aspects of existence—consciousness and conscience—that perplex and explain us as a species. Consciousness, it is said, insists that we come into the world alone and we leave it alone. Conscience tells us what is in me is in you.

Which to believe? On which to base our values and ambition?

As Alison and Adam were interviewing Chamber of Commerce spokesperson Vicki Gardner, who survived the attack, we were watching a video on neuroscience attempting to fathom the conscience. Medical researchers happened upon a curious discovery. Neurons in our brains alight not only when we ourselves experience events that delight or demean us because they happened to us; those same neurons illuminate when we witness events and emotions that happen to others, even complete strangers. We are hotwired, it seems, for empathy.

That is why we gather here at sunrise under the Iowa State campanile, a loving place. Alumni propose to each other here and commit to a lifetime of partnership and prosperity. Alison and Adam had such plans and partners who also worked at the station. So what, exactly, compelled the conscientious students at the Greenlee School to be among the first in the nation to show solidarity with WBDJ in a town precisely 1005 miles away from Ames? After all, earlier this week, the reporter named Alison and her cameraman, Adam, were unknown to us. But now we are transformed. Now, we are Alison. Now, we are Adam.

What is this phenomenon? 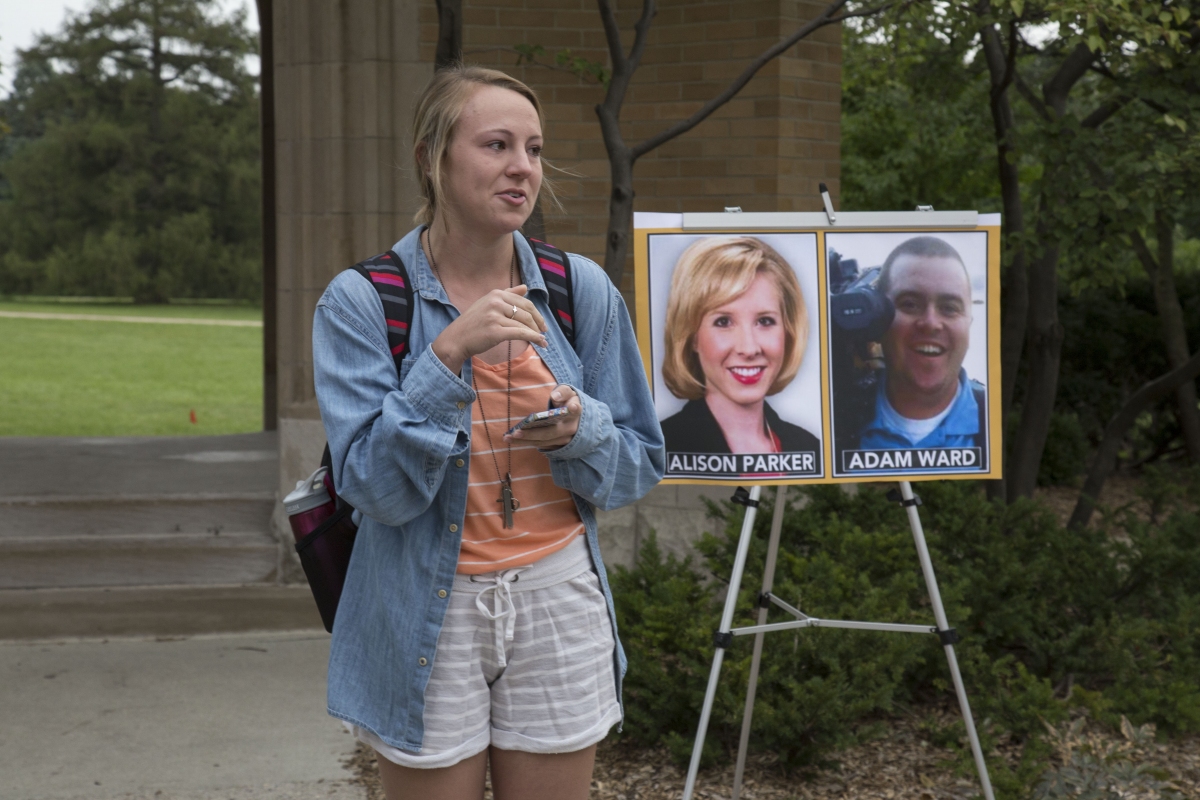 I don’t know. But one thing is clear: The best journalism captures the phenomenon. We live in and document a world whose justice, corporate and educational systems are based, necessarily, on the awareness that crimes must be punished, economies created and tuition paid. But we as journalists and practitioners also can use the tools and platforms of our trade to remind the public that empathy also exists, that moments like this one happen in courtrooms, boardrooms and classrooms.

That type of journalism was the life goal of Alison Parker and Adam Ward. This morning in their memory we join their parents, partners and colleagues—along with their alma maters of James Madison and Virginia Tech—in celebrating their brief but substantial lives that have touched our lives and others around the world.

May the light of Alison and the lens of Adam inspire you not only at dawn under a campanile 1005 miles away from WBDJ7 but throughout your careers as reporters, editors and practitioners. Remember this day, this dawn. Inform people that they are not alone, but hotwired for empathy and, in the end, united.

"Being in the journalism community, when tragedy strikes, we all feel some of the pain. It’s awesome to be a part of such a loving and supporting group of people," she said. "The hearts of the students at Iowa State’s Greenlee School go out to the staff at WDBJ and the families of Alison and Adam. Today we pray that God’s loving hand is upon all of them."

You can find more photos from the memorial on the school’s Facebook page.