It was a full-house in 169 Hamilton for the kickoff event held by the Iowa State chapter of the Association for Women in Communications on Tuesday, Oct. 13. Over 70 interested students attended the newly-formed chapter’s first event on campus.

The meeting began with an introduction to the AWC and its purpose on the Iowa State campus by adviser Lisa Munger Oakes, Greenlee School lecturer, and the group’s executive board.

Following their introduction, Jana Rieker, public relations and communication director at Trilex Marketing Group in Des Moines, gave members a presentation on her experiences across the communications field. Sharing some of the challenges she’s faced throughout her career and tips for success both on and off the clock, Rieker praised the group’s formation, noting the need to facilitate such discussions among women in the field and the value in starting those in college.

Throughout her presentation, Rieker emphasized the importance of seeking out mentors, especially for young women just beginning their careers. She also warned the crowd that a boss is different from a mentor, and to keep that in mind when looking for mentorship. After her presentation, Rieker answered personal questions from the crowd, including how she personally maintains having a family along with a successful career.

The ISU AWC chapter had a very organic beginning on campus. As a former AWC member, Munger Oakes decided to pursue starting a chapter at Iowa State after noticing that many of her female advisees sought her mentorship throughout her first year of teaching in the Greenlee School. Throughout the summer, she worked with about 15 of her former students and advisees to establish the new chapter. The team met with members of the professional AWC chapter in Des Moines and with the organization’s national director as they planned to bring the national organization to campus. 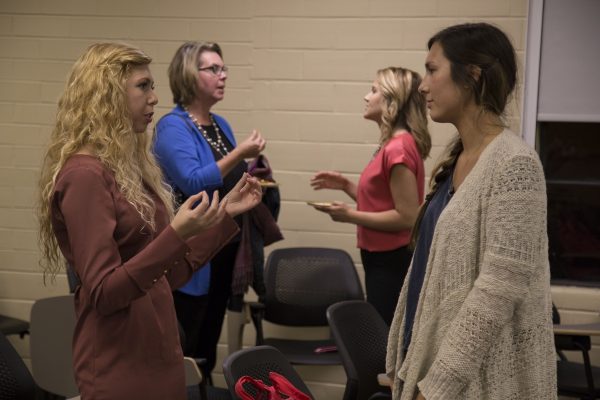 Kennedy Graham, senior in public relations, was one of the founding members of the organization and was elected as its first president by her peers. To her, starting an AWC chapter at Iowa State seemed like the best way to positively impact the lives of women on campus and to shed light on the issues that women still face in the communications field.

"I think this group is important because the communications field is in an evolutionary era and we want to help put women at the forefront and have a forum for them to talk about things that wouldn’t be as well received by groups that aren’t geared towards women," said Kennedy Graham, the chapter’s president and senior in public relations.

One of the group’s main goals is to bring together women from various areas in the communications field to facilitate networking that doesn’t necessarily happen for students when they spend a lot of their time in classes and clubs with students from their own major. The group’s first meeting was attended by several students from majors outside of the Greenlee School, but the group plans to target a wider range of students in the future.

"This organization is intended to mirror the real world, where the fields all collaborate and you work beyond your area of expertise," said Munger Oakes. 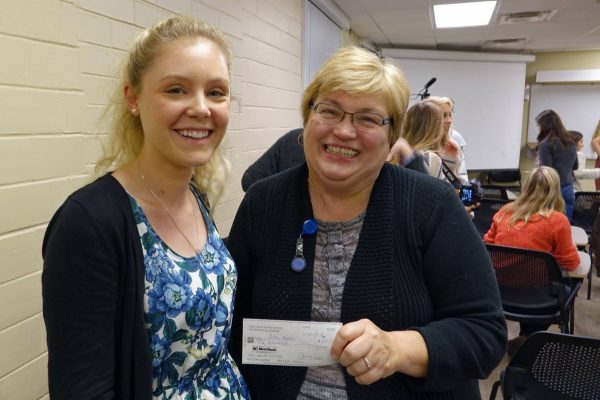 The kickoff event also featured three unexpected attendees—Peggy Fleming, president of the Des Moines AWC chapter, and two other members, who presented the ISU chapter with a $100 check to help the new chapter get off the ground.

Graham says that the group plans to hold monthly meetings, which will feature a variety of guest speakers from different areas of the communications field. If students are interested in learning more about the ISU AWC chapter or are interested in getting involved, they can contact the group at iowastate_AWC@gmail.com, or connect with them on Facebook or Twitter.

Update (11/4/15): ISU AWC will host their next meeting on Nov. 18 at 6 p.m. in 0152 Science. This meeting will be an interactive workshop on how to present yourself at an interview and troubleshoot interviewing challenges specific to young women with special guest Taren Crow, director of LAS Career Services at ISU.