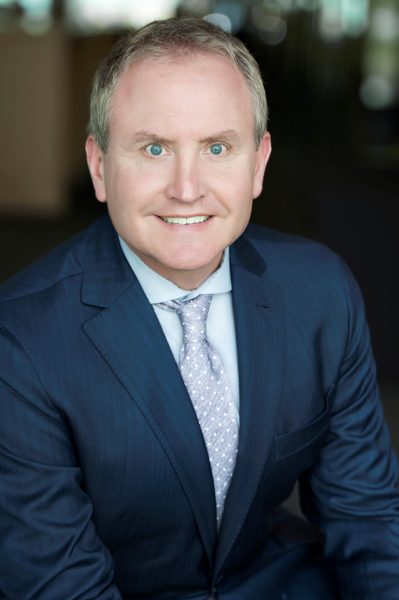 Jeff White will receive the Distinguished Service Award from Iowa State University’s College of Liberal Arts and Sciences at a ceremony on Friday, Oct. 22, in Ames. The award is given to alumni, faculty, staff and friends of the College of Liberal Arts and Sciences for outstanding service or academic contributions that have furthered the educational mission of the college.

Jeff White graduated from Iowa State in 1992 with a degree in journalism and mass communication, and immediately became a public relations and sales professional in the convention and tourism industry. He joined The Integer Group from 1996 to 2000, before leaving to help start Two Rivers Marketing, where he served as executive director. In 2016, White joined Flynn Wright, a full-service advertising firm based in Des Moines, as vice president of business development and strategy. When the Iowa State University Alumni Association (ISUAA) sought out firms to help reinvigorate its brand, Flynn Wright, with White leading the charge, had the winning proposal. He was integral in the research and development of ISUAA’s refreshed brand, “Cyclones Everywhere,” which launched in 2017 with resounding success.

White served as a member of the Greenlee School Advisory Council from 2014 to 2020. As chair of the council’s membership committee, he developed and implemented a new membership model for the council, focusing on diversity and inclusivity. He also chaired the 2019 Greenlee Summit.

White is an accredited member of the Public Relations Society of America and has been recognized nationally for his PR work in the industrial and agricultural trades. He is active in various Des Moines-area service groups and business organizations such as The Morning Club, the East High School Alumni Foundation and Des Moines AM Rotary. He is also a member of Alpha Sigma Phi fraternity and a lifetime member of the ISUAA.