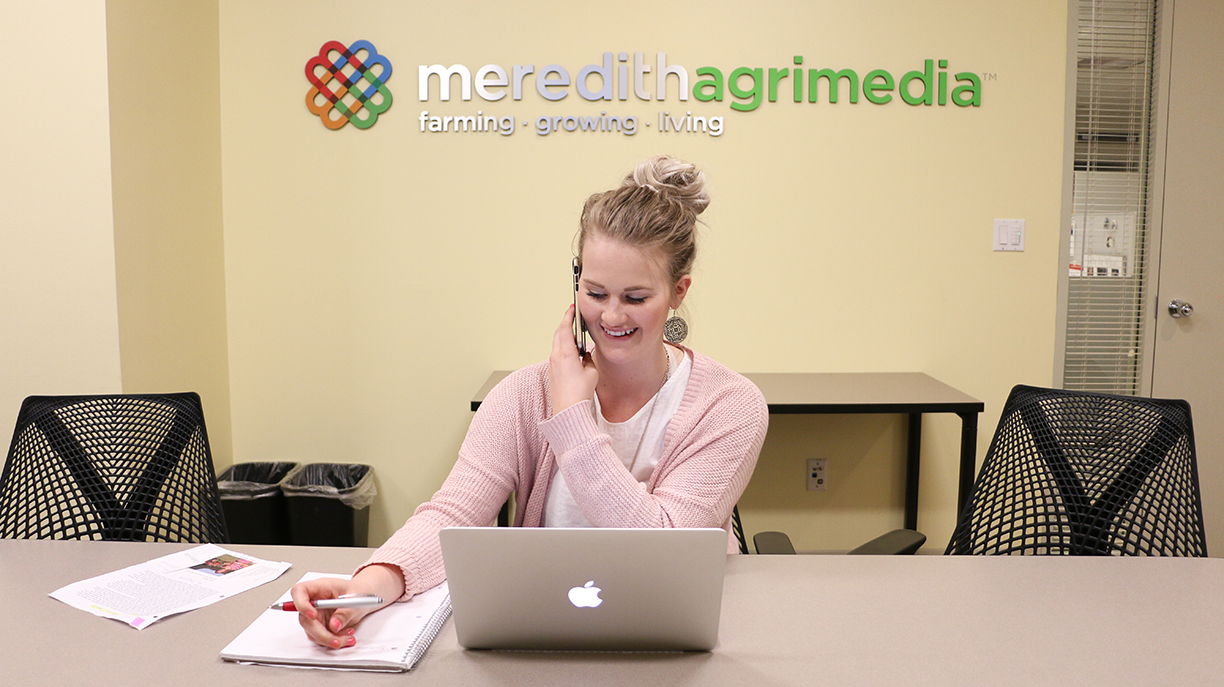 See your byline in the glossy pages of a national magazine. Create content for some of the most highly trafficked websites. Work behind the scenes at a photo shoot. Carry out the social media strategy for an influential brand. Iowa State students have gotten these opportunities and more through the Meredith Apprentice Program.

As an apprentice, you’ll work 15-20 hours a week with popular media brands, such as Better Homes and Gardens, Successful Farming or AllRecipes. Assignments vary each year. You’ll also learn from some of the best editors, art directors and media professionals in the business. Meredith’s National Media Group reaches more than 185 million unduplicated American consumers every month, including nearly 90 percent of U.S. millennial women.

Many former apprentices have gone on to work at Meredith after graduation. Others have found opportunities with prominent national media such as as E! News, This Old House, Billboard, Men’s Journal and more. It’s a resume-building adventure that will give you an edge.

Deb Gibson, Greenlee associate professor of practice and Meredith Professional in Residence, leads the Iowa State program. Email her at dsgibson@iastate.edu with questions.

An informational kick-off meeting for the following year’s program is typically held in February, applications are due in March and interviews are conducted in April.

The 2020-2021 Meredith Apprentice Program application period is closed. The application for the 2021-2022 program will be available in February 2021. Your completed application, saved as one PDF, should be emailed to Debra Gibson at dsgibson@iastate.edu.