Magazine journalism is nothing new at Iowa State. Debra Gibson, Greenlee senior lecturer and Meredith professional in residence, recalls studying the subject she now teaches when she was a student at Iowa State in the late 70’s.

Outside of Greenlee’s foundational writing courses that are required of all majors, the school offers several courses to help students gain the skills they’ll need to pursue their dreams of working as magazine journalists. Gibson teaches a Feature Writing course (JL MC 344) each fall, which introduces students to various methods and styles of feature writing, as well as a Fashion and Beauty Writing course (JL MC 390K) each spring, which gives students a crash course in covering the ever-changing world of fashion and beauty—from product reviews to writing about the latest fashion trends.

But for many Greenlee students the most valuable learning experience happens outside of the classroom, at the variety of students publications that are open to all ISU students to work for.

“We have a rich history of student magazines and teaching magazine courses here,” Gibson said. She still has a copy of the magazine, "Outlook," a student publication that the College of Home Economics published when she was an ISU undergrad. In her tenure as an ISU lecturer, she has also served as the adviser for several of today’s student publications.

For students who want to pursue a career in the magazine industry, Gibson says that work experience is key. Whether it’s working for the Iowa State Daily or Ethos magazine, students who are serious about working in the magazine field need to gain as much journalistic experience as possible in college. This experience allows students to pursue prestigious internships to fulfill their professional media internship (JL MC 499), a requirement for all Greenlee majors before graduation.

"Between the internship program and the wonderful opportunities to work on campus magazines while you’re a student you can be pretty well prepared for a career by the time to graduate from [Iowa State]," says Gibson.

Finding your own path

Jessi Wilson, a recent Greenlee graduate, always had the passion for writing, reading and fashion, but it never occurred to her that she could do all three at the same time until her freshman year at Iowa State. In her second semester she started working at the Iowa State Daily and before the semester was over she added a second major in journalism and mass communication. 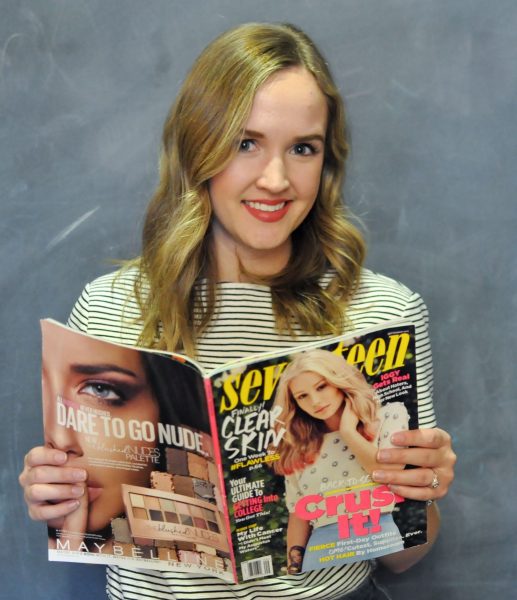 As a Greenlee student, Wilson took advantage of as many opportunities to grow as a magazine journalist as she could, through classes, and her involvement in student media. Her sophomore year, she became the editor for “Style,” a fashion and beauty weekly section in the Daily, while she also continued reporting. As a junior she scored a position as an editorial intern for DivineCaroline, at Meredith Corporation in Des Moines, and was the public relations and marketing director for The ISU Fashion Show.

“Every experience you have outside of the classroom builds off one another and that’s what going to be what gets you that dream internship,” Wilson said.

The summer before her final semester, Wilson’s dream internship became a reality when she landed a position as a feature intern with Seventeen magazine in New York City. When she returned to campus for her final semester she served as a co-editor-in-chief for TREND magazine.

“I think that walking into my internship at Seventeen, I felt prepared and I think that was because I had good training in the Greenlee School,” Wilson said.

Gibson and Wilson agree that involvement in student media and working at internships are essential steps for students interested in careers as magazine journalists. Each experience provides valuable real world exposure, which makes landing internships as students and jobs as graduates in the magazines industry all the more likely. 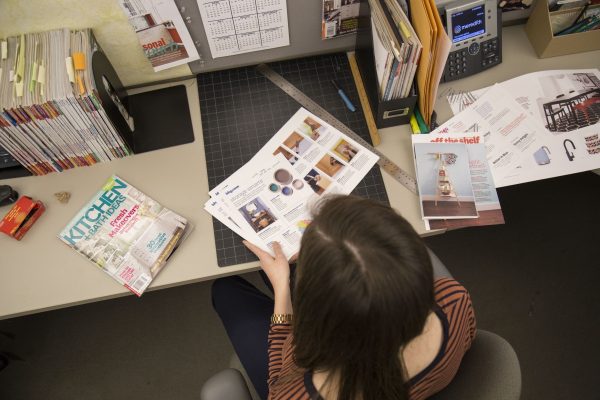 While Greenlee typically has several students doing internships at publications based in places like New York City, Gibson says it’s important to realize that, “you don’t have to live in New York to work for a magazine.”

Since 2004, Gibson has lead Iowa State’s Meredith Apprentice Program, a partnership with the Meredith Corporation in Des Moines. Each year she personally helps select eight students who commute to Des Moines each week to work at the media conglomerate’s national titles, including Better Homes and Gardens, Successful Farming and Diabetic Living, among others. This paid internship program provides apprentices with invaluable connections and an inside persective of the world of magazine publishing.

“I would say that anyone who is remotely serious about magazine journalism should definitely consider the apprentice program,” Gibson said.

Greenlee students have also found success landing positions with The American Society of Magazine Editors (ASME), which offers a 10-week summer internship program. The program accepts 30 to 35 students from around the country and sends them to work at magazines in New York or Washington, D.C.

“Over the years we’ve had many, many ASME interns, which is really exciting and there has been a few years since I’ve been here where they’ve actually chosen two of our students to go,” Gibson says.

Gibson attributes the quality of training and the amount experience that the Greenlee students get as to what sets them among the best candidates for ASME internships.