How Greenlee Alumnus Tyler Stafford Made Forbes’ 30 Under 30 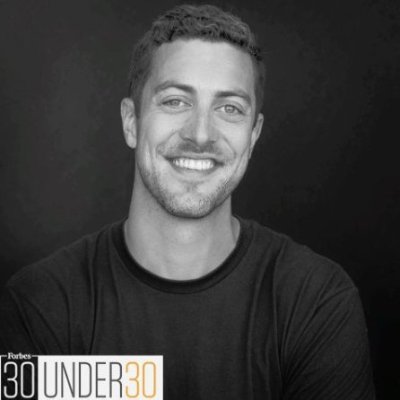 In just five short years, Tyler Stafford went from graduating from the Greenlee School with a degree in advertising to an honoree on the 2016 Forbes 30 Under 30 list in the Marketing and Advertising category.

“It just kind of blew my mind,” Stafford says of being named to the magazine’s 2016 list. Anyone who knows Stafford is probably not as surprised by his latest accomplishment.

As an Iowa State student, Stafford was quick to get involved in the advertising industry — working as a student brand manager for Red Bull, one of the world’s top-selling energy drink brands, and also creating a brand for himself on YouTube, which was a relatively new medium when he started his own channel — IroningMyUnderwear — in 2007.

These two hobbies merged into one when Red Bull took notice of his substantial personal YouTube following. Once Stafford graduated in 2011, they offered him a position managing a few of their YouTube channels.

A couple of weeks after receiving his diploma in Ames, Stafford moved out to Los Angeles to begin his career at Red Bull. At the time, the brand had a very limited YouTube presence with a small amount of followers. By the time he left Red Bull a couple years later, their YouTube channel had four million subscribers and over a billion views. Stafford attributes his success at Red Bull to his being named to Forbes’s 30 Under 30 list this year.

“Red Bull really gave me the reins and were really awesome at allowing a college grad 20-something to completely run this global network of channels and content,” says Stafford. “I look back at it now and it was an amazing opportunity that they would support me like that and allow me to grow the channels the way that I did.”

Associate Professor Jay Newell was Stafford’s faculty adviser when he was a student. He credits Stafford’s success to his hard work and his willingness to go above and beyond what’s expected of him, then as a student and now as ayoung professional. Stafford’s initiative in creating his own content outside of class gave him a chance to connect to the world in a way that his professors couldn’t teach him, Newell says.

“He realized early on that while he was in Ames, which is a long way from New York and Los Angles, that really the portal to [those places] was his computer,” said Newell. "He could put [content] up and be taken as seriously as anyone anywhere. That head start was really valuable."

After his overwhelming success at Red Bull, Stafford took a position at Omelet, a Los Angeles creative agency, as a content strategy manager. His coworkers at Omelet nominated him for Forbes’s 2016 list.

As Omelet’s content strategy manager, he focuses on content brainstorming and creation, allowing him to be a liaison between the strategy and creative teams. He has worked on content for major bands including Nickelodeon. One of his favorite projects was working with the Teenage Mutant Ninja Turtles.

“Teenage Mutant Ninja Turtles is a brand that I’ve aligned with and loved since I was a kid,” says Stafford. “To be able to work on something that is so engrained in my DNA and is so much fun, it’s been the best part about working at this place.”

Stafford believes that the opportunities he had while at Iowa State gave him the experience to become the successful advertising professional he is today. Outside of his coursework, personal YouTube channel and position with Red Bull, he was also involved in ISU Dance Marathon and the ISU greek community.

Extracurricular experiences gave him great real world experience that he was able to apply to his own creative endeavors, first as a student and then as an advertising professional. He strongly encourages students who are interested in advertising to create content outside of their regular classwork.

“You’ll be surprised how many people just do the minimum and when you do that in such a competitive job market, [employers are] going to want to see that you’ve done something and you can show them something outside of just your classwork,” Stafford says.

As far as his future career goes, Stafford plans to continue focusing on his passions, instead of focusing on climbing the corporate ladder. He is looking forward to discovering new interests as he goes, a strategy he says led him to Forbes’ 2016 30 Under 30 List.