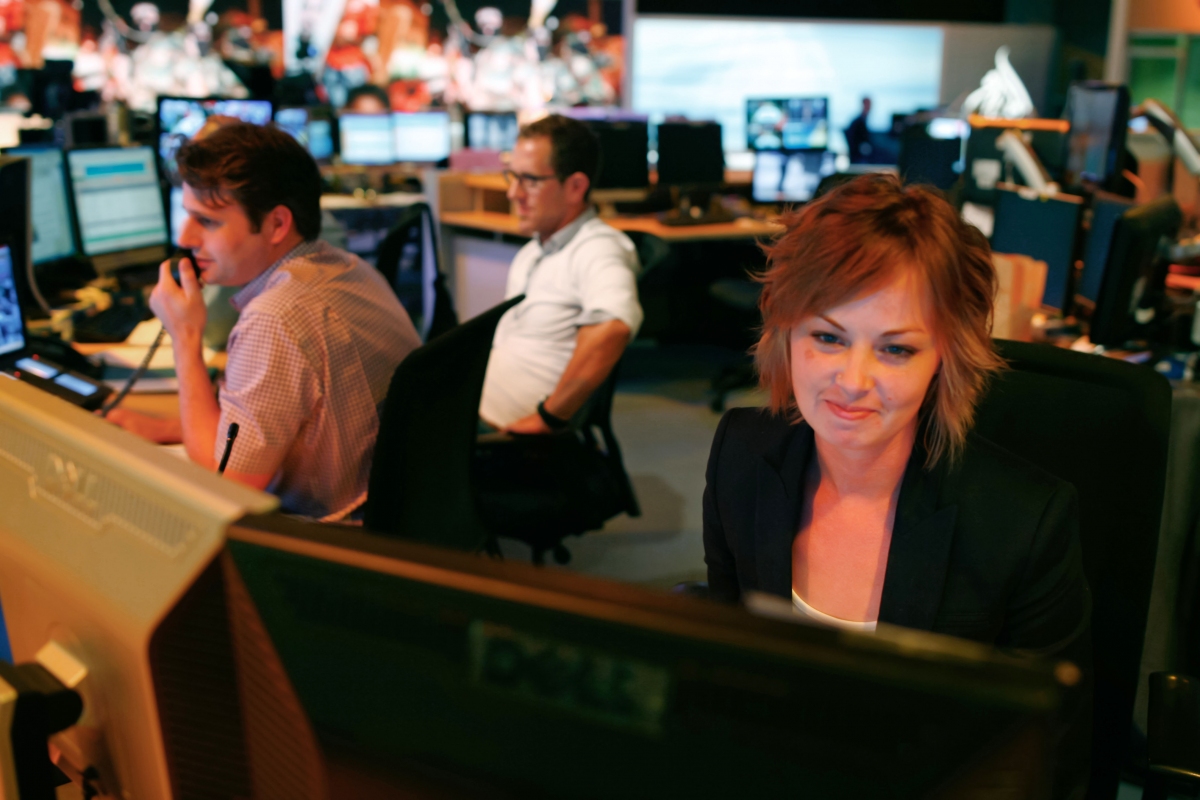 My first interaction with the Middle East, similar to what I imagine it was like for many of my generation, was the 2001 collapse of the Twin Towers. Sitting in my communications class on Sept. 11, 2001, as a high school junior in Heber Springs, Arkansas, I had no previous knowledge of the buildings, who al Qaeda was or even the term “terrorist.”

Immediately, those in my homogenously white, Christian world began passing analysis on Muslims and Arabs and the motivations behind the attacks. Democracy. Jealousy. The ongoing news coverage featured commentary from Americans, politicians from both parties, discussing, again, Muslims and Arabs and motivations behind the attacks. I was left with still more questions and a strong desire to learn more about these seemingly elusive communities.

A few years later, sitting in an undergraduate global communications class, I was introduced to the documentary “The Control Room.” The film followed the fractious relationship between the Arab channel, Al Jazeera, and the U.S. during the peak of the war in Iraq. It was well-reported that the channel was decidedly anti-American and had ties to al Qaeda. 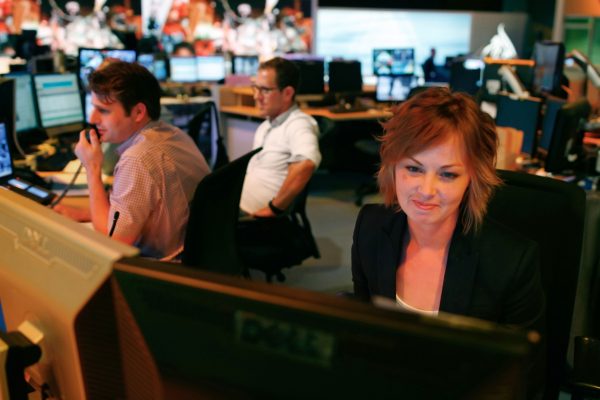 A proud Republican, my half of my dorm room was covered in Bush/Cheney 2004 stickers, I was still a supporter—albeit reluctantly—of the U.S.’s mission in Iraq. We were there to liberate them. What I took away from the film, and the portrayal of Al Jazeera, was what no other American network was showing: the actual impact on ordinary Iraqi citizens, the emotional toll on U.S. soldiers and the U.S. attack that “accidentally” killed an Al Jazeera journalist. It left me wanting for a genuine and deeper conversation not just about that war, but of all wars—especially the ones in which the U.S. was involved. Just as importantly, it identified a new goal for me as a young journalist.

By my senior year I scheduled morning viewings of Link TV, a small network that showed dubbed programs of Al Jazeera — I later won a Scripps Howard scholarship to intern with LinkTV in New York. I enrolled in the newly-offered beginning Arabic class at Iowa State, but otherwise, I was met with resistance to pursuing my dream. My advisor all but told me not to go to the Middle East because I was a woman and would not be taken seriously. My parents, who had never left North America, threatened to put me on the no-fly list if I followed through with my intent to study in Bulgaria. They discovered, after dragging their pointer fingers across Bulgaria, into Turkey, Syria and finally Iraq on my brother’s full-wall map, it was too near the (dangerous) Middle East.

So I watched from my laptop as Al Jazeera English launched and began posting jobs for the new channel. While intrigued, I remained hesitant.

After graduation, I moved to San Francisco as an AmeriCorps volunteer before running across an ad for a university teaching position in Somaliland (northern Somalia). I knew nothing of that region, but it was a (poorly) paid gig—and it moved me closer to the Middle East. Upon arrival, I carved out a freelance career on the side, stringing for anyone who would take my work. While frequenting both expensive and local restaurant lobbies, I watched Al Jazeera English, which was always on. The channel covered Africans as equal members of our global society, and Somalilanders rewarded the channel with higher viewership and acclaim.

When job postings for the channel resurfaced in mid-2010, I had graduated from bylining articles in my hometown newspaper to covering the Somaliland Presidential Inauguration for the Associated Press. More confident in my skills and ability to “make it,” I applied, interviewed and screamed—quite loudly—when an offer landed in my inbox. Less than five months later, I boarded an aging plane on an unfinished Somali airport tarmac headed for Doha, the capital of Qatar. 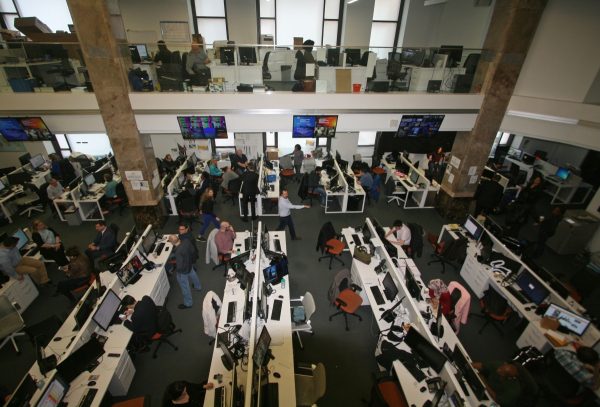 For the next few years, I covered everything from the Arab Spring and the Tokyo earthquake to the death of Kim Jong Il. My colleagues from all religious, political and ethnic identities engaged and challenged me in rigorous discussions in ways I likely could never enjoy by solely working in my home country. It impacted the way I conducted my research and asked my questions in a very tangible way.

The process raised my expectations of what to expect—and demand—from both the journalism industry and elected officials. I wasn’t alone. Frustrated with the shallow coverage from U.S. networks, Americans streamed Al Jazeera English for our coverage of the Arab Spring of 2011 in record numbers.

In 2013, I returned to the U.S. for graduate school at Columbia University’s School of International and Public Affairs in New York City, wanting to enhance my analytical skills in order to better decipher all that I was witnessing. The move coincided with the opening of Al Jazeera America. Juggling classwork and a new job, I joined this new venture, thrilled to remain connected to the hard questions Al Jazeera demanded be answered. As CNN, MSNBC and Fox News show wall-to-wall coverage of Trump’s rallies, his tweets and his latest sensational statement, Al Jazeera America has remained steadfast in its commitment to covering all Americans’ stories in a nuanced and dignified way. 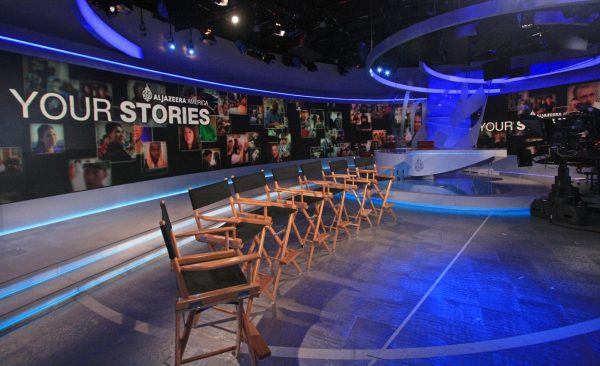 For reasons expounded upon elsewhere, the channel is closing its doors today, on April 12. I ache for our viewers who are just as sad to see us go, but also for Americans who aren’t even aware to the degree they are being shortchanged when it comes to American-based media’s portrayal of news. It doesn’t have to be one party or the other, anti-American or pro-American. It can simply just be level-headed, reflective in its delivery and still—surprise!—interesting.

Read a valedictory note from Al Jazeera America on what they tried to bring to the online news landscape.

Al Jazeera has been more than a job to me. It has been the foundation for so much of what I value and practice as a journalist. Working through this company has challenged me to think further, deeper and wider and has permanently altered the way I interface with the world. It has given me the opportunity to pursue answers to my own questions and enter communities I previously believed impenetrable.

For anyone looking toward their next venture, either an internship or that next job, I encourage you to trust your curiosity and find a place that allows you to explore it. I know I will be. 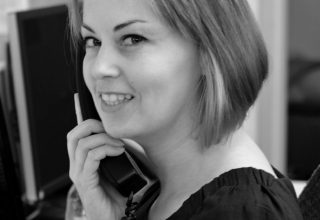 Teresa Krug is a New York-based multimedia journalist and former humanitarian worker who has worked with some of the biggest outlets around the world: Al Jazeera English, Al Jazeera America, CBS, Associated Press, Mail & Guardian and Meredith Corporation.

Teresa received her MPA from Columbia University’s School of International and Public Affairs, where she specialized in international security policy and conflict resolution. Teresa also has two bachelor’s degrees from Iowa State University, in journalism and sociology, where she was a Scripps Howard Grant recipient.