Dare to Speak, Dare to Listen in the Courtroom: Seeking Justice for All –Hon. Judge Rosemarie Aquilina 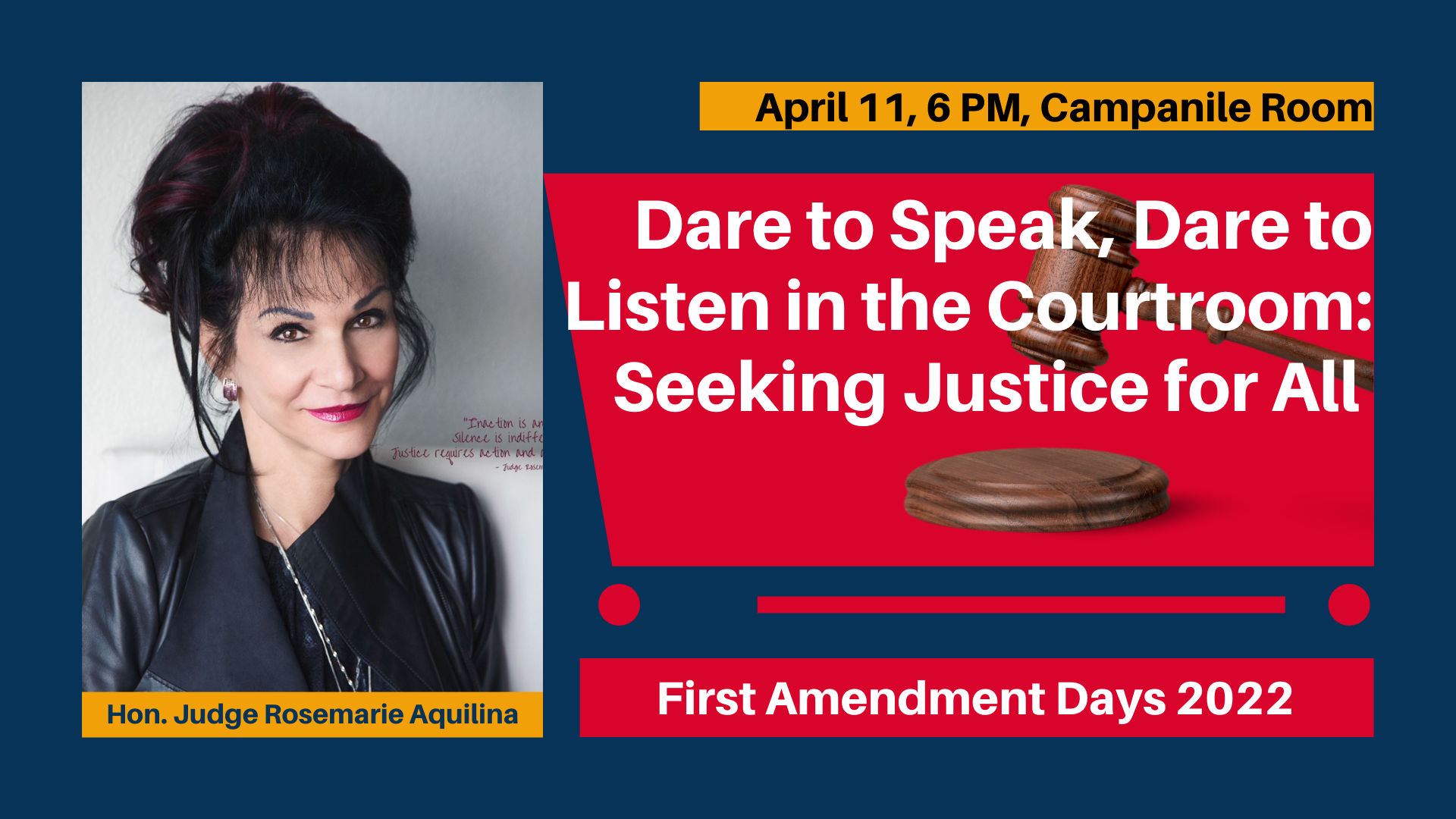 In 2018, Hon. Rosemarie Aquilina, a Michigan Circuit Court judge, gained worldwide attention when she allowed every one of the victims in the sexual assault case against USA Gymnastics doctor Larry Nassar to speak in court before his sentencing. In all, more than 150 women and girls shared their testimony. Hear Judge Aquilina’s powerful story about the importance of speaking and listening as a form of healing. Questions from the audience are encouraged.

Judge Rosemarie Aquilina was elected to the 30th Circuit Court for Ingham County in November of 2008. Previously, she served as a 55th District Court Judge for 4 years, during which time she served as Chief Judge as well as the Sobriety Court Judge.

Judge Aquilina began her legal career serving as the Administrative Assistant to State Senator John F. Kelly for ten years. Thereafter, she partnered with Senator Kelly in a successful lobbying firm, Strategic Governmental Consultants, PLLC. At the same time, she opened Aquilina Law Firm, PLC, which grew to become very successful and which resulted in her becoming the host of Ask the Family Lawyer, which became syndicated. In addition, Judge Aquilina is a published author of a fictional novel and her next novel will be out soon.

Throughout her career, Judge Aquilina has given back to the community in numerous ways, and has served on numerous boards and commissions, including the Board of Water and Light and the City of Lansing Elected Officers Compensation Commission. She currently serves as a mentor for the State Bar of Michigan Lawyers and Judges Assistance Program.

Judge Aquilina earned her Juris Doctorate degree from Thomas M. Cooley Law School in 1984 and her Bachelor of Arts Degree from Michigan State University in 1979. She has five children and two grandchildren and resides in East Lansing, Michigan.