Experiences from a PRSSA National Conference

As public relations majors, we are always searching for ways to network or tips on how to do so. Thank goodness there is PRSSA (Public Relations Student Society of America)!

Last month I, and eight other PRSSA members, attended the PRSSA National Conference in Atlanta in hopes of getting the ultimate networking experience. However, that being said, making connections with other students is just as important as professional networking.

Coca-Cola’s Vice President of Public Affairs and Communications, Scott Williamson shared his “Six Lessons Learned” in the PR industry. I will share just a few of my favorites. His first was to never trust technology—he opted to present this lesson first, due to the fact that the projector would not display his presentation—ironic, right?

In addition to talking with Coca-Cola’s VP of Public Affairs and Communications, we also got to network with other public relations majors from across the country.

Every elevator ride was filled with students whose jobs will be to communicate—so you can imagine how easy it was to ask others where they were from and then get their Twitter handles. Networking becomes easier when communication skills are second nature.

We spent five days in Atlanta. We spent each day at the conference, learning tips and valuable insight from professionals. Each morning began with a keynote speaker, such as Scott Williamson from Coca-Cola, and broke out into sessions in the afternoon.

Being able to pick and choose what will be relevant to you was a highpoint of the conference’s setup. I chose to attend Drake University’s session, which touched on how to engage members and make “Big Dreams” happen.

Dr. Joseph Trahan, an experienced PR professional, presented a session, “Perfecting the Pitch,” where he gave 12 tips related to writing and effectively executing pitches to various media. “How Your Portfolio Gets You Hired,” was another helpful session led by Pippa Seichrist and Dan Baiser, two expert advertising professionals. 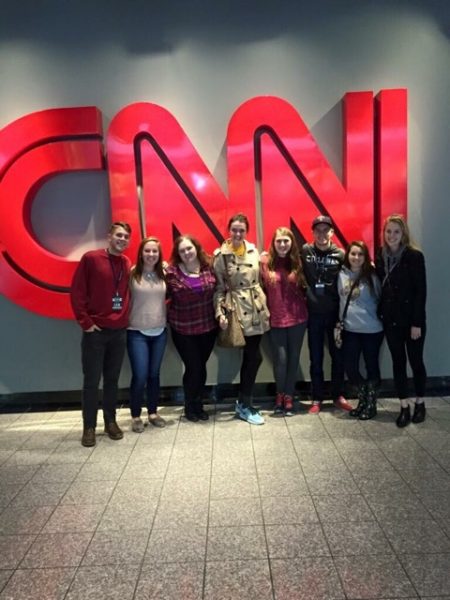 Asking a supervisor for a quick, ten-minute phone call will do a lot more good than asking for employment, as it is a quick favor, not a major commitment. Seichrist and Baiser also noted that the best portfolios are those that get to the chase, yet includes a person’s personality.

Outisde of the conference, we toured the CNN Center, the World of Coca-Cola and the Georgia Aquarium. We also got the chance to eat dinner with students from the University of Washington, learning their goals and hopes in the field.

Having the opportunity to speak with, and listen to, professionals, and fellow students in my study, has benefitted me immensely and I would encourage everyone in communications to attend a conference at a national level.

After this conference, I now have more skills needed to become a successful practitioner in the future and know professionals and fellow students are more than willing to respond to inquiries, because, they too, were once, or are currently, in our shoes.