The Italian experience I wasn’t expecting: Living in award-winning architecture

When I stepped off the bus on my first day in Urbino, I’ll admit I wasn’t all that impressed with what was going to be my new home for the next 14 weeks. All I saw at that moment was Il Colle, the very top building of Collegio del Colle. At first sight it wasn’t anything special.

Soon I found out just how wonderfully wrong I was.

Nestled in a steep hill about 15 minutes from the main piazza, Collegio del Colle (which literally translates to “college of the hill”) is an unusual and surprisingly complex take on student housing. Compared to the straightforward and somewhat humdrum dorms I’m used to seeing in the U.S., the architecture of the dorms in Urbino is a breath of fresh air. Coincidentally, that’s also exactly what every step outside feels like as these dorms are situated on the edge of town in perfect view of the surrounding hills and mountains.

The architect responsible, Giancarlo De Carlo, gained international recognition for his designs, which can be seen not only in the captivating architecture in the dorms but throughout the town as well. De Carlo designed the University of Urbino so that the campus would join the landscape, concretely entering into the surrounding hills.

In 1993, De Carlo was awarded the RIBA Royal Gold Medal for Architecture. De Carlo had an anarchic take on architecture and was known to be less interested in designing beautiful objects but rather designing meaningful, suggestive spatial events that could evolve with those who inhabited it.

Collegio del Colle is made up of one main building, Il Colle, and three dorms, Tridente, Serpentine, Aquilone. Il Colle, the building that provided my first impression of Collegio del Colle, sits at the top of the hill and contains the front desk, study areas and one apartment.

The dorms house over 800 students. The largest dorm, Tridente, was built first in 1979 and sits at the bottom of the hill and also contains the mensa (cafeteria).

Serpentine opened not long after in 1980, while Aquilone opened last in 1983. The dorms are stacked, resembling a staircase, and are annexed together throughout the different levels.

Each dorm building contains several open areas where students can be found studying all hours of the day.

The University of Urbino’s homepage has a quote that summarizes the Italian students’ perspective on this architecture:

Translated, it means, “It’s interesting to understand how we are seen by young American students … Architecture (in this case by De Carlo) that is taken for granted by us, is a great incentive for them.”

“The idea for Collegio del Colle was a transparent building, like you could walk into it from any angle, it has no face, no front, no fresco entrance like the Renaissance where they were obsessed with the front of the building. It doesn’t have any facades,” Blizard said.

He also perfectly describes what you see walking down from Il Colle to Il Tridente.

“You have this beautiful zigzag pattern, which frames the hill. Periodically, boom–you look through, and between buildings you see the landscape. So, all the sudden you see the proximity of the nearby hill but you also see the distant hill.” 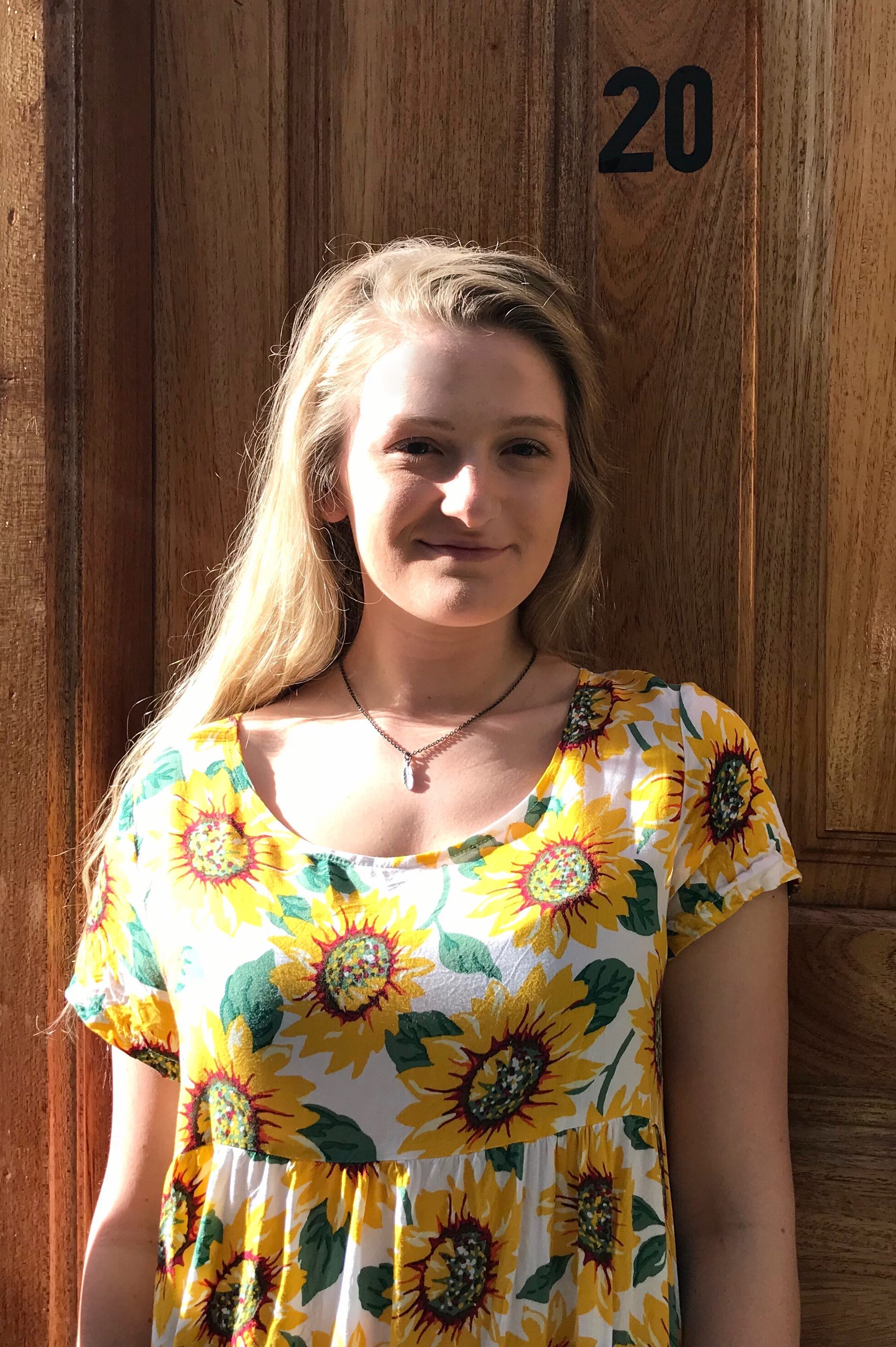 Bridget Hepworth, a junior, transferred from elementary education to public relations her sophomore year. She has a deep passion for writing, reading, people-watching and Twix bars.

This post is one in a series of blog posts written by Iowa State University students who studied abroad in Urbino, Italy, in spring 2018 with Dennis Chamberlin, Greenlee School associate professor. The program focuses on mobile image making, Italian language, Renaissance art history and literature and the history of food and culture. The Greenlee School of Journalism and Communication will offer the program in collaboration with LAS Study Abroad in spring 2020.